According to Automotive News, Toyota wants to raise prices at a rate “limited by customer expectations” for specific models. The anticipated increases follow the company’s regional operating losses in its most recent fiscal year, which came to an end in September. In Europe, where the business also reported regional quarterly losses, rising prices are also anticipated. 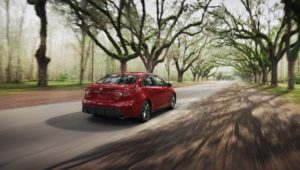 According to the newspaper, Toyota executives simply have to make a decision on how substantial the increases will be. At Toyota’s November 1 quarterly earnings announcement, Jun Nagata said, “We are really racking our brains trying to come up with the appropriate pricing level.” He is the chief communications officer at the company.

He also added that they have started to incorporate those increased prices as much as they can into the car.  Each year, new-vehicle MSRPs typically rise by, at a minimum, a couple of hundred dollars, and occasionally they do so in the middle of the year. Toyota is considering increasing the incidence of price increases as one solution, based on a report from Automotive News.

Toyota and other automakers have, in recent times, used the elimination of base models as a technique for price increases. This effectively increases the cost of entry. Just a month ago, the company eliminated the base L sedan from the Corolla lineup, raising the base price by $1125.

Though Toyota also reduced the Corolla hybrid’s starting price by $1250, the price of the hatchback Corolla increased by $1800 for the SE and $2315 for the XSE.

The vehicle with the smallest profit margin for manufacturers is typically lost if the base option is dropped. Additionally, it effectively raises the entry-level cost of ownership for buyers. The article claims that one of the criteria Toyota executives use to determine rising prices is buyer expectations of pricing.

On November 1, a quarterly earnings announcement included a notice of oncoming price hikes. In order to offset regional operating losses for the company’s North American division, the report claims that adjustments must be made by the company.

Toyota is reportedly considering increasing prices in Europe as well, and for a similar set of factors, according to Automotive News Europe.

The automaker has lowered its projected annual production, with purchasing chief Kazunari Kumakura attributing part of the decrease to an ongoing shortage of semiconductor chips and saying, “I don’t know when the chip shortage will be resolved.”