One of the best-known automakers, particularly when it comes to performance, is BMW. Although it debuted its first front-wheel drive model in 2014, BMW has a history of building rear-wheel drive vehicles. Furthermore, the German automaker is typically associated with affluence and grandeur.

According to a survey released by SlashGear in August 2022, a sizable portion of respondents believes BMW produces some of the most stylish premium vehicles. Of course, that’s simply a matter of taste, and if you inquire which BMW was the best of all time, you’ll probably receive a different response. 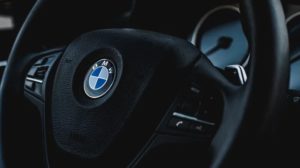 On the other hand, if you’re discussing which BMW model is the worst, the same may be said, so they carried out a poll to discover what people thought. Here are the opinions of the automotive enthusiasts polled.

Which Is The Worst BMW?

According to a SlashGear study of 590 people in the US, 25.25% of respondents said that the Isetta was the worst BMW vehicle ever produced. That’s presumably because it’s a two-person, three-wheeled car that resembles an egg.

With a 78 mpg rating, the vehicle was the most fuel-efficient BMW ever produced, and at the time of its introduction, Germans just required a motorcycle license to drive it. The Isetta was only developed to prevent the company from going out of business and looks nothing like a BMW. 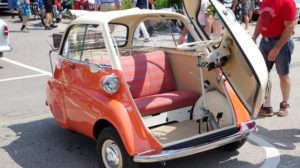 The BMW X5 came in second with 21.53% of the respondents. Given that the X5 appears to be among the least dependable BMW cars, particularly those produced from 2008 to 2013, as per Motor Biscuit, it is not surprising.

Additionally, 20.17% of respondents believed that the i3, BMW’s first production electric vehicle, should be remembered as among the worst BMW models ever created. To make room for the BMW iX and BMW i4, the model was phased off of the American market in July 2021. The BMW Series 1 finished last with 15.93%, and the BMW Series 5 was ranked fourth with 17.12%.